Natural navigation is an important survival skill that will come in handy when you’re bugging out. It is the art of finding your way using nature, allowing you to determine direction without the aid of navigation devices like a GPS or compass. But as all skills go, it requires practice to be able to wield it effectively.

How to navigate the wild using nature

Natural navigation is possible thanks to the following elements of nature. Take a look at how to use them to navigate the wild: (h/t to PreppersWill.com)

Navigation with the sun

The sun’s position is an effective indicator of your location relative to the north, east, south and west. Be reminded, however, that the sun’s position is not the same everywhere and every moment in time. Remember that the sun only rises due east and sets due west on the spring and fall equinoxes — when the day and night are of equal length. On other days, it rises either north or south of “due east” and sets north or south of “due west.”

Navigation with the moon

The moon can also be used for navigation. If the moon is crescent-shaped, simply draw a straight line that joins the moon’s two tips together, then continue that line to the horizon. In the northern hemisphere, this line points roughly to the south.

This method is quick and easy but not very accurate. If you’re looking for more precise navigation, you can opt for the “slow,” more complicated method.

In the northern hemisphere, all celestial objects including the moon arc across the southern sky from your left to your right. They all reach their highest point in the sky when they cross your meridian, or line of longitude, which happens when they are exactly due south of you.

You can determine when the moon is at its highest point by watching and marking shadow tips. It does not need to be a full moon, only a moon bright enough to cast a shadow. Here’s what to do next:

Navigation with the stars

All but one celestial object in the sky appear to move around us throughout the night. But Polaris, also called the north star, hardly budges from its position in the sky. For that reason, it makes for a terrific evening companion for navigators. It tells them where the north is.

To find Polaris in the sky, you first need to locate the Big Dipper, a visible pattern of seven stars in the constellation Ursa Major. Look for seven major stars that form what looks like a ladle. Three stars are in the “handle” while four make up the “head” of the ladle. Imagine a line connecting the two front stars of the head. If you extend this line upward, the first bright star you’ll notice is Polaris. (Related: Basic mistakes of wilderness survival and how to avoid them.)

Navigating with the wind

Earth has a prevailing wind trend in which the wind blows in one direction for a particular length of time. The direction varies according to your location. Visit websites that tell the wind direction in your location. If you cannot feel the wind, take a look at the windswept tops of trees or snow ridges. These can tell you where the wind is headed.

Bugging out without a navigation device becomes less taxing once you acquaint yourself with nature’s many telltale indicators of direction. Use these to your advantage to avoid getting lost. 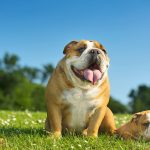 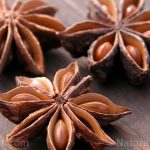 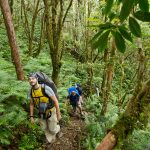 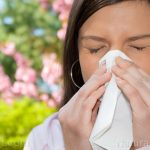 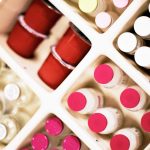