The next time you find yourself feeling intense bouts of anger, try doing a couple of jumping jacks or a round or two of cycling.

This is according to a team of researchers who found that acute aerobic exercise, such as jumping jacks or brisk walking, can help minimize or even dispel feelings of anger.

The study, published in the journal Medicine & Science in Sports & Exercise, hinged on earlier research that linked alterations in one’s emotions to acute exercise. It assessed anger and its related emotions in 16 college-age male participants, all of whom were Caucasian students from the University of Georgia.

As detailed in the paper, the men – all of whom were noted as exhibiting anger and an overall angry mood – were asked to look at a variety of “evocative” pictures meant to elicit emotions ranging from anger, fear and pleasantness, before and after 30 minutes of moderate-to vigorous-intensity aerobic exercise.

Data on EEG activity, the researchers said, were collected during picture viewing, while self-reports of arousal and pleasantness in response to each picture were collected using the self-assessment manikin (SAM). Anger intensity was also measured during each slide using an ordered categorical scale. These factors were then analyzed by the researchers.

According to the researchers, what they found was that acute aerobic exercises helped reduce angry moods and even mitigate angry mood induction in college-age men. They added that individuals who exercise more than twice a week experienced less anger compared to those who didn’t.

In addition, the researchers also stressed that exercise helped reduce state anger, as well as protected the participants against the adventitious increase in angry mood that occurred after viewing evocative pictures.

The researchers noted, however, that exercise does not change the intensity of the said emotions, nor were they useful against associated event-related potential responses to anger-inducing pictures in men who have elevated trait anger. (Related: Simple exercises that increase your intelligence gradually.)

As noted by the research team, future studies on the same topic should explore the underlying mechanisms regarding the effect of exercise on preventing angry mood induction, and consider alternative anger induction methods that might induce higher levels of angry emotions, as well as test the effects of chronic exercise training on anger and its subsequent expression.

This is important since anger is associated with acts of violence and aggression, not to mention several health risks, such as elevated odds of hypertension and cardiovascular disease and events.

Are there other ways in which I can control my anger?

Aside from engaging in exercise and regular physical activity, there are other methods that can help control anger and other negative emotions. These methods include the following:

Anger is one very negative emotion that can lead to different complications, not just mentally but also emotionally and physically. It is therefore necessary to find ways to control it.

For more articles about improving your mental health, visit Mental.news. 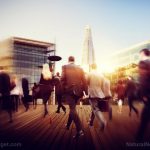 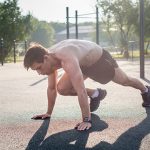 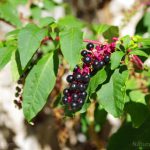 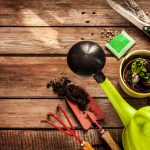 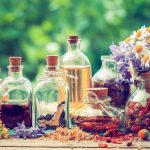